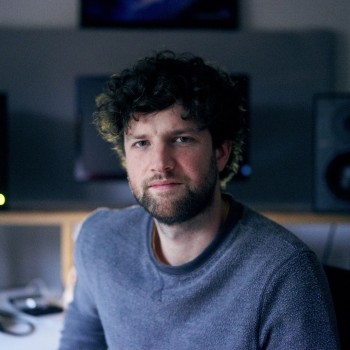 Hi, I'm Charlie Westropp, a Producer/Writer/Mixer working out of my East London studio. I have worked with several breakthrough artists over my 15 year career in the singer-songwriter/pop genres (including Gabrielle Aplin and Saint Raymond) helping to focus their sound, and go on to achieve Major Label success both in the UK and internationally.

Having cut his teeth at those prestigious London Studios Charlie was now making the best tea in London, and his engineering was decent too, which led to his feeling that the time was right to take the plunge and set up solo, whilst continuing his musical education with a Masters at London College Of Music, where he met to-be-bandmate Owen Taylor. They formed 'The Operators' and were signed to B-Unique management in 2008.

Whilst being an active member of these bands, Charlie also co-wrote and produce tracks for some of the top young singer-songwriter talent the UK had to offer with artists like Saint Raymond, Gabrielle Aplin, Orla Gartland, Lauren Aquilina, Maisie Peters, Lawrence Fox, Cameron Bloomfield, Ralfy, Nym, etc...