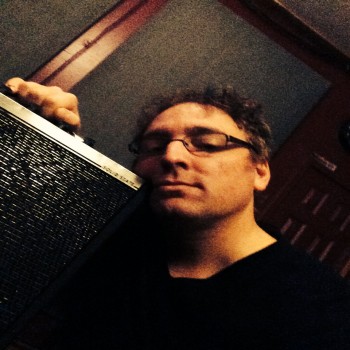 I'm a degreed singer-songwriter, composer/producer for media, and music educator with over 20 years experience on the stage and in the studio. I've produced dozens of records and have had placements on network television. I'm an extremely prolific songwriter with a focus on soulful folk and indie rock, Americana, modern rock, and beyond. My music for media covers an even broader range of style from electronic, hybrid cinematic, and suspense sound design, to modern R&B, rock, and blues.

My home production setup features a deliberately streamlined combination of real and virtual instruments and all in-the-box recording. I also have consistent access to multiple home and pro studios that feature the full range of outboard, analog processing.

I am a vehement believer in performance and composition as the benchmark of musical and sonic quality rather than technical studio expertise.

I've been producing and co-producing indie rock and country rock records for years and recently began composing/producing for media. My work has been featured on network television programs such as 'Say Yes To The Dress,' Hollywood Medium,' and NFL on CBS.