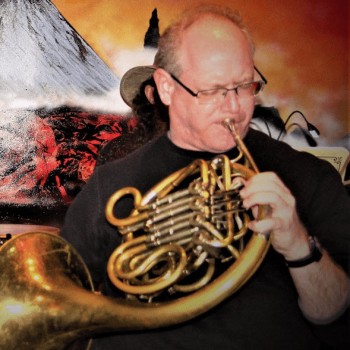 Matt has performed with the Northwest Swing Band, Dexter Chamber Winds (MI), and such eclectic groups as Dorkestra and the Indie avant-garde band, God Knows Who. Previously, he's appeared with the Eugene Symphony, the Eugene Opera, Federal Way Philharmonic, the Bellevue Symphony, Pacific Symphony and the Southfield Philharmonic. He was also a member of the Washington Brass Ensemble and the Burton Brass Quintet. He has also played with the Birmingham Bloomfield Symphony Orchestra, Southern Great Lakes Symphony, the Adrian Symphony and the Michigan Philharmonic Orchestra.

He studied at the University of Michigan School of Music, the USC School of Music and the University of Oregon School of Music. He's composed several arrangements and compositions in jazz and New Age styles. This led to the production of a full length recording of original composed and/or arranged music for horn, “The Cusp of Aries”. It included Indian-influenced music with tabla, sacred Jewish material including the use of a shofar, and improvisation throughout.

In 1988, he placed second in the Danville Horn Symphony Orchestra Horn Competition in Walnut Creek, CA. In 1996, he was commissioned to compose a piece for the Univ. of Northern Iowa horn choir. “Evocations” is based on Tibetan Buddhist chants and the long horn drones. In 2005, he won the solo competition sponsored by the Life Sciences Orchestra, which is associated with the University of Michigan Gift of the Arts Program.