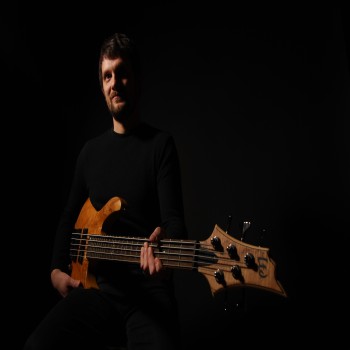 Rodolfo Valdifiori, born in Cesena in 1985.
The passion for Electric Bass, at the age of 17, "turns his life upside down", he begins to study privately and after finishing high school, he decides to attend a professional school and then professionally throw himself into the world of music.

In 2009 he graduated in Electric Bass - Music Performance, at Music Academy Europe in Bologna.

In 2014 he decided to leave for America to study and deepen his musical knowledge at The Collective School of Music in Manhattan (New York), specializing in the genres: Afro-Cuban, Brazilian, Jazz, Funk R&B and Rock.

Today, in addition to collaborating with various musicians and bands in Italy, he works as a live and studio session player, gives electric bass lessons privately and at the "Chorus Institute of Musical Arts" private institute in Cesena.