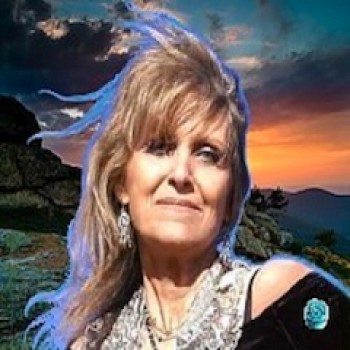 TRose
Something Cool, There, I said it, lol!
Since 7 April, 2015
Verified Account
United States

Olivia Francis: Born on July 4th, 1952 in Quanah, Tx, (the youngest and only girl of three).  In 1954 her parents moved west, lock, stock and barrel to Bakersfield, Calif. At age 13, 1965 they relocated to Santa Barbara, Ca. where she graduated in 1970 from Dos Pueblos High.
In 1971 her parents decided to move to Prescott, AZ…so she and her husband followed suit.
It was there, in her early 20’s she began seeking musicians to play with.

She played with several living room musicians, honing her writing/singing skills.
One day she met up with Leroy B. Amos. After a few months they decided to start a small 4 piece Country/Bluegrass band called ’The Leroy B. Band’. Leroy had a talent for singing, playing guitar and harmonica at the same time. Christy played guitar/mandolin, Mary-Ann Sang and played Banjo/Guitar, Olivia was Lead/Backup vocalist and played tambourine.

'The Leroy B. Band' (four piece, Bluegrass/Country) Prescott, AZ.  They played at the Bird Cage Saloon on Whiskey Row in the mid 70's.

Performance venues, Dallas, Tx: The Country Connection among other local and out of town clubs. The Wiley, Mesquite and Garland Opry houses.

In 1989, she moved to Amarillo, auditioned and was hired as Lead/Backup vocalist for the KrackerJack band.

Her first public performance was at age 12. She sang ‘Away In The Manger’ for a Christmas program put on by her Church in a Bakersfield mens Prison.

Though she has always loved music, it wasn't until her teen years that
singing/songwriting began turning into a full-blown passion!

My DAW: Garageband
Mics: Blue and Sterling Audio
Keyboard: Yamaha PSR313
Percussion: Tam, Maracas, and whatever else I want to try, such as a large empty paper coke cup with straw and a stainless-steel pot with water in it and a wooden spoon.(-:

I've been a Singer/Songwriter for 40 yrs. Have worked with several working bands as lead/backup vocalist.
For sessions: Lead Vocals- $300. Backup Vocals-$150. Lyrics/Melody: negotiable