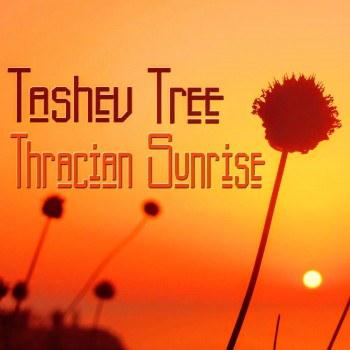 Track Title: Rolling Away
Description: Track 4 from the Ep Thracian Sunrise-by Tashev Tree. There are those who claim that Rock has died, ask them where is it's grave then?
Mood: Confident, Optimistic
Genre: Rock
Originally Published: May 11, 2020
Song Administration: GoodVibes
Licensing: For licensing or other information, contact the Song Administrator.
People who like this

Verse 1 They say that rock n roll is dead, it's had its day Geetar, drums & bass have nothing left to say I suppose that's true if you watch what's going on But in Memphis rock aint dead, it still keeps hangin' on And the King keeps a rollin' as the drums begin to play Prechorus 1 At Sun Studios in Memphis Tennessee It was alright M-Mamma in 1954 I took my rocket 88 and rocked it for a while All I know is I rode her in style Chorus 1 Many say rock is dying I can't say that I agree Rock me baby before I am dyin' Or I'll keep rollin' away Verse 2 You see if rock was dead there'd have to be a grave I just don't think you'll ever see it soon There's a new King being heard above the din It's in Greenville that rock climbs out of its shallow grave The King's returned the geetar sings his song Prechorus 2 Now South Carolina has rock within its veins Now Marvin's boy is the gospel on the stage Preaching his rock n roll sermon in a song His geetar rides the sky above us all Chorus 2 Some may claim rock is dead I won't say I agree While there's a geetar to keep on rockin' While there's drums to beat away Bass guitar breathes the life Rock n roll is here to stay And I'll keep on rolling away....hey!