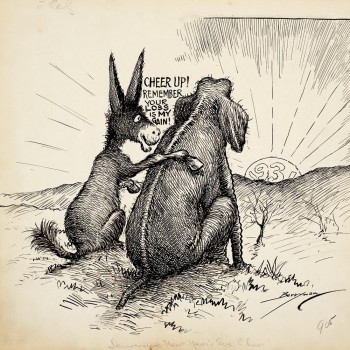 Track Title: Lies
Description: "So near is falsehood to truth that a wise man would do well not to trust himself on the narrow edge." - Cicero
Mood: Aggressive, Political
Genre: Alternative, Contemporary, Monkey Rock, Rap, Rock, Soft Rock
Composition:
Originally Published: Jan 28, 2017
Song Administration: MonkeyC
Licensing: For licensing or other information, contact the Song Administrator.
People who like this

[Verse 1] People thinking that they live in a democracy The sheeple, they keep on casting the vote So naive, they just don't know That you and I, have got them by their throats [Prechorus] They buy our bullshit every day Why would we ever give this game away? [Chorus] I'm not afraid to bend the truth I'm not afraid to tell you lies Your secrets safe with me you see I'm not afraid to lie You want the truth well you won't find it here I don't why you try I've always made it very clear I'm not afraid to lie Lead: Why would we give this, game away? [Verse 2] Your secrets safe with me you'll see 'Cause I'm not afraid to lie 'Cause if I get a piece of your pie I'm more than willing to spread your lies I'm more than willing to spread I'm more than willing to spread, your lies [Rap break] Man I'd call you a jackass But there's an elephant in the room You tell me that he's full of Bullshit But then look at you Doc says you killin' my son he's all full of lead From the straight shots of h2o to the head And I heard they killed cancer but nobody would talk about it Well money told me its cause nobody'd profit off it Obviously it's only the profitable that offer a proper proposition to purchase a politician To shit in the pot I piss in And don't even flush And tell me that you run for me And don't even rush It's like you saying I'm irrelevant You don't care how I feel Cause you think I ain't voting for the elephant Well now look who's president Stomping over everything and everyone Having fun reaping all the benefits And you could have prevented The saga before the genesis but you Manipulated the vote Like it doesn't exist [Prechorus] So now you gonna have to miss a term Till next time, you can go and "Feel the Burn" It's the days of our lives The clock just keeps ticking Listen I'm done with all you politicians Lead: They buy our bullshit every day Lead: Why would we ever, give this, game away? [Chorus] You're from some corporation Me, I'm just a political hack Your secret's safe with me you see Why would we ever give this game away? [Ending] Lies lies lies Lies lies lies Eat these lies lies lies 'Till you die die die I tell you lies lies lies Lies lies lies Eat those lies lies lies Until you die die die